After two decades, Dizzy, the iconic 8-bit cartoon eggventurer has been resurreggted in this HD iOS/Android* eggdaptation of Dizzy - Prince of the Yolkfolk.

Dizzy returns complete with his iconic red boxing gloves and trademark somersaults as he ventures forth in an eggventure packed with collect-and-solve puzzles in a magical cartoon world.

Dizzy is locked in an underground dungeon and his girlfriend Daisy trapped in a mysterious castle, an oeuf is an oeuf!

Dizzy - Prince of the Yolkfolk, a special eggdition of the 1991 eggventure launched on "Egg-mergence Day" -- Friday 9th December 2011.

*The new edition of the game will unfortunately not be available on Laystation or Eggsbox.

A series of trailers and other videos related to this release can be found on our "Videos" page.

In August 2019, Codemasters pulled the game from the Android and Apple stores. 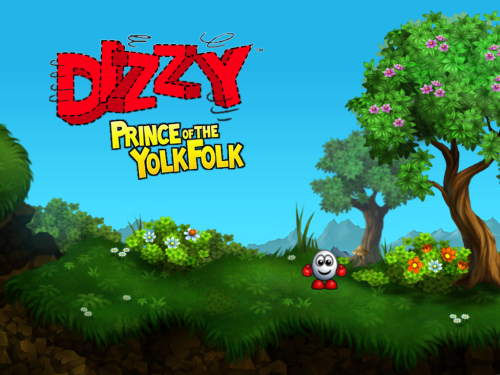